How to test inoculation interventions in the lab 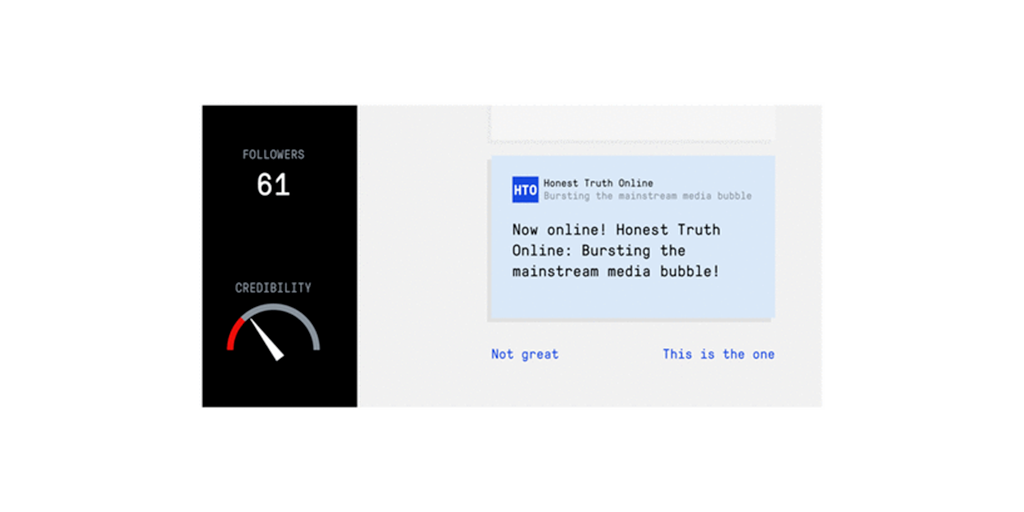 Online misinformation is a pervasive global problem. In response, psychologists have recently explored the theory of psychological inoculation: If people are preemptively exposed to a weakened version of a misinformation technique, they can build up cognitive resistance. This study addresses two unanswered methodological questions about a widely adopted online “fake news” inoculation game, Bad News. First, research in this area has often looked at pre- and post-intervention difference scores for the same items, which may imply that any observed effects are specific to the survey items themselves (item effects). Second, it is possible that using a pretest influences the outcome variable of interest, or that the pretest may interact with the intervention (testing effects). We investigate both item and testing effects in two online studies (total N = 2,159) using the Bad News game. For the item effect, we examine if inoculation effects are still observed when different items are used in the pre- and posttest. To examine the testing effect, we use a Solomon’s Three Group Design. We find that inoculation interventions are somewhat influenced by item effects, and not by testing effects. We show that inoculation interventions are effective at improving people’s ability to spot misinformation techniques and that the Bad News game does not make people more skeptical of real news. We discuss the larger relevance of these findings for evaluating real-world psychological interventions.

The spread of online misinformation is a threat to democracy and a pervasive global problem that is proving to be tenacious and difficult to eradicate (Lewandowsky et al., 2017; van der Linden & Roozenbeek, 2020; World Economic Forum, 2018). Part of the reason for this tenacity can be found in the complexity of the problem: Misinformation is not merely information that is provably false, as this classification would unjustly target harmless content such as satirical articles. Misinformation also includes information that is manipulative or otherwise harmful, for example, through misrepresentation, leaving out important elements of a story, or deliberately fuelling intergroup conflict by exploiting societal or political wedge issues, without necessarily having to be blatantly “fake” (Roozenbeek & van der Linden, 2018, 2019; Tandoc et al., 2018). Efforts to combat misinformation have included introducing or changing legislation (Human Rights Watch, 2018), implementing detection algorithms (Ozbay & Alatas, 2020), promoting fact-checking and “debunking” (Nyhan & Reifler, 2012), and developing educational programs such as media or digital literacy (Carlsson, 2019). Each of these solutions have advantages as well as important disadvantages, such as issues surrounding freedom of speech and expression (Ermert, 2018; Human Rights Watch, 2018), the disproportionate consequences of wrongly labeling or deleting content (Hao, 2018; Pennycook et al., 2020; Pieters, 2018), the limited reach and effectiveness of media literacy interventions (Guess et al., 2019; Livingstone, 2018), the “continued influence effect” of misinformation once it has taken hold in memory (Lewandowsky et al., 2012), and the fact that misinformation may spread further, faster, and deeper on social media than other types of news, thus, ensuring that fact-checking efforts are likely to remain behind the curve (Vosoughi et al., 2018).

Accordingly, researchers have increasingly attempted to leverage basic insights from social and educational psychology to find new and preemptive solutions to the problem of online misinformation (Fazio, 2020; Roozenbeek et al., 2020). One promising avenue in this regard is inoculation theory (Compton, 2012; McGuire, 1964; McGuire & Papageorgis, 1961a; van der Linden, Leiserowitz, et al., 2017; van der Linden, Maibach, et al., 2017), often referred to as the “grandfather of resistance to persuasion” (Eagly & Chaiken, 1993, p. 561). Inoculation theory posits that it is possible to build cognitive resistance against future persuasion attempts by preemptively introducing a weakened version of a particular argument, much like a “real” vaccine confers resistance against a pathogen (Compton, 2019; McGuire & Papageorgis, 1961b). Although meta-analyses have supported the efficacy of inoculation interventions (Banas & Rains, 2010), only recently has research begun testing inoculation theory in the context of misinformation (Cook et al., 2017; Roozenbeek and van der Linden, 2018).

A notable example of a real-world inoculation intervention against online misinformation is the award-winning Bad News game (see Figure 1),1 an online browser game in which players take on the role of a fake news creator and actively generate their own content. The game simulates a social media feed and players see short texts or images, and can react to them in a variety of ways (Figure 1). Their goal is to acquire as many followers as possible while also building credibility for their fake news platform. Through humor (Compton, 2018) and perspective-taking, players are warned and exposed to severely weakened doses of common misinformation techniques in a controlled learning environment in an attempt to help confer broad-spectrum immunity against future misinformation attacks.2